Founded in summer 2008, SYSTEM DIVIDE quickly became a transnational project with in its rank vocalists Sven De Caluwe (Aborted) and Miri Milman (ex-Distorted), longtime friends Cole Martinez (ex Years Of Fire, Antenora), Andrew Lenthe (Antenora), and Mike Heller (Malignancy). SYSTEM DIVIDE set out to revolutionize the conventions of the over-saturated melodic death metal genre, proving that extreme metal can have more depth than blast beats, while female vocals do not have to conform to the precepts of the "Goth" genre. In mixing many styles The Collapse , the band's debut EP breaks all the rules of extreme metal and is a landmark release for the young band.

After the release of their EP, SYSTEM DIVIDE inked a worldwide multiple record deal with METAL BLADE RECORDS and with this powerhouse behind the band, SYSTEM DIVIDE began work on their debut Full length album 'The Conscious Sedation'. Further exploring the depths of what 'The Collapse' already did, SYSTEM DIVIDE's debut is a devastating assault to all your senses while remaining catchy hooks and grooves and adding unique blend of vocal textures. While writing the material for the album, The band recruited a lead guitarist in the person of Michael Wilson (ex- Abigail Williams), who strengthened the bands sound with his insane shredding skills and unique view on songwriting, in this full line up SYSTEM DIVIDE went to record 'The Conscious Sedation' and Well known Producer James Murphy (ex-Testament, Obituary,..) gave SYSTEM DIVIDE the crisp, wall of sound the band needed.

With an album and an EP under its belt, prepare for SYSTEM DIVIDE to invade your homes, stages and wake you up from the routines of life! Coming on tour near you soon! 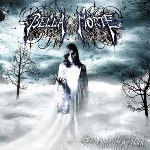